I remember sitting at the kitchen table at my old house when I started this first one, which means it pre-dates March 2007 when I moved. Its drawn from a photo I took on a holiday with friends in Scotland in 2004 I think. Contrary to an earlier post my pencils aren't Derwent Studio's (oops), I checked and they are in fact Faber Castell Polychromos, which have a lovely soft feel, on 220gsm A2 (594mm x 420mm) Windsor & Newton heavyweight cartwridge paper.

The whole back-end of the squirrel is missing - can't squeeze enough into my A4 scanner (A4 is 1/4 the size of A2). I attempted to stitch a second scan onto this one to complete the squirrel, but the join is very clear to see, and i just can't summon the energy to wrestle The Gimp into blending the two images together nicely. 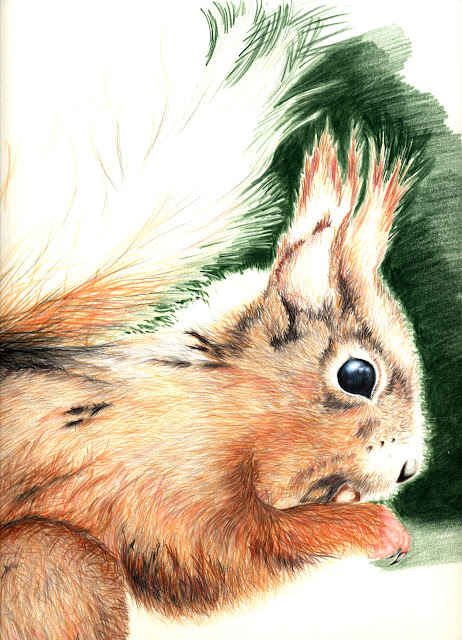 The next one pre-date's the squirrel, but again was drawn at my old house, after my holiday in Mexico (where I took the picture its drawn from). That dates it somewhere between September 2002 and March 2007. My guess is 2004. Again its Faber-Castell colour-pencil on Windsor & Newton A2, scanned by my A4 scanner so the legs (to the right of this section) and the tail (above this section) are cut off here. 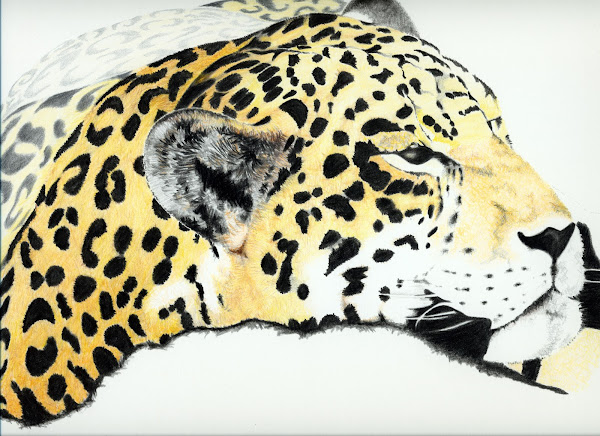